Watch Out for Vampire Appliances

Vampire appliances are lurking throughout your home. They may not be biting you in the neck, but they are bleeding you of money. That’s because they use electricity even when switched “off.” If you thought that by switching an appliance “off” you were actually stopping the flow of electricity, that’s not the case. Off does not really mean OFF, it means “stand-by.” And researchers use the term “stand-by-power” to denote the amount of power consumed while an electrical device is switched “off.”

How can an electrical appliance that is switched off continue to consume electricity? Manufacturers have designed them with certain features to enhance their usefulness. For example, if a videocassette recorder (VCR) is programmed to record programs when you’re not home, it must be able to operate in your absence, which requires constant electricity flow. Electrical appliances slurp up energy when switched off in order to support features such as timers, clocks, memory and remote features. The cost of energy becomes significant when audio systems, garage door openers, clock radios, phone/answering machines, microwave ovens and standard ovens are just some of the vampire appliances found in our homes. Alan Meier, a researcher with Lawrence Berkeley National Laboratory, reports that stand-by-power needs of appliances vary greatly. One television, evaluated by Lawrence Berkeley Lab, used a very frugal 0.7 watts of stand-by-power to maintain convenience features, while an energy-thirsty TV consumed 14 watts of stand-by-power. Why do some appliances use so much more stand-by-power than others? According to Meier, stand-by-power consumption can be traced to power transformers within the appliance. Manufacturers build and install a variety of transformers in their appliances, from very efficient to very inefficient.

The U.S. Environmental Protection Agency (EPA) is now including stand-by-power limits in their qualifications for the ENERGY STAR ® program. The ENERGY STAR label allows consumers to quickly identify the most energy-efficient products available. Products labeled with the ENERGY STAR have met strict criteria set by the U.S. EPA and the U.S. Department of Energy. To earn the label, products must use significantly less energy than non-labeled products. In the case of electronic appliances, ENERGY STAR appliances must use 50% less energy than standard appliances when they are operating, as well as when they are in stand-by mode. Purchase ENERGY STAR appliances to prevent the vampires from wasting energy, and your money.

So what’s the big deal if some electrical appliances use a bit of electricity when they are switched off, especially if that increases consumer convenience? Consider that there are about 20 vampire appliances in the typical home, and some of these appliances use almost as much electricity when switched off as when they are on. On a national level, vampire appliances cost consumers over a billion dollars per year! What does that mean in New York State? Let’s look at televisions. If the average cost of electricity in our state is 13.9 cents per kilowatt-hour, it would cost about $14.18 per year to pay for the electricity consumed while this energy thirsty TV was switched off. But if you owned the frugal, energy-sipping TV, the electricity consumed while this switch was off would cost only 69 cents per year. The energy-efficient TV consumes 20 times less electricity while providing the same level of convenience as the conventional TV. While $14 may not seem like a lot of money over the course of a year, remember that the typical home contains 20 vampire appliances; and the cost to feed energy-slurping vampires adds up quickly.

Consumer advocates suggest two immediate changes to help reduce stand-by electricity consumption.
1) If the appliance is on stand-by, and not really off, it should be labeled accordingly. This would alert consumers that the appliance is still consuming electricity. For instance, in many European countries, electrical appliances have three switches: On, Off and Stand-by. Consumers can switch the appliance to stand-by only if they want to maintain the appliance’s convenience features.
2) Manufacturers should be required to label their appliances with the stand-by
energy usage, which would allow consumers to make informed comparisons concerning the total electrical demands of appliances before making purchasing decisions. This may also increase competition among manufacturers to produce more efficient appliances.

There are some steps consumers can take to prevent vampire appliances from bleeding them of electricity and money.

For help with other consumer related issues, contact Washington County Cooperative Extension
at 746-2560 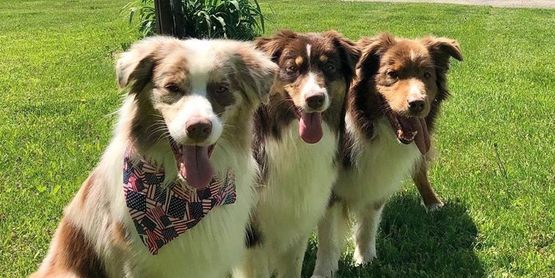